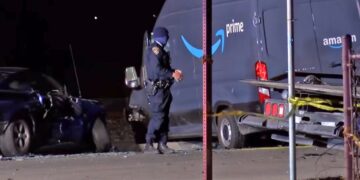 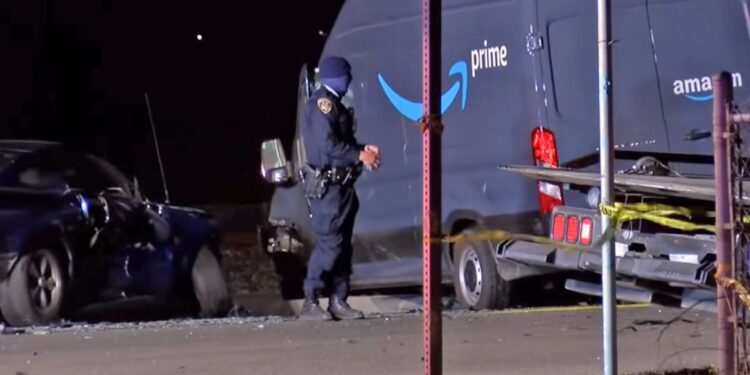 The collision occurred around 6:30 p.m. on Saturday at the intersection of Van Buren Boulevard and 56th Street when the delivery truck hit the parked patrol SUV, sending it hurtling into four people, according to a press release from the California Highway Patrol.

The SUV was unoccupied and was parked behind two vehicles that had been in another collision about 30 minutes prior, CHP said.

The patrol car was being used to block one southbound lane of Van Buren Blvd in order for the sheriff’s personnel to assist with the other collision, according to authorities.