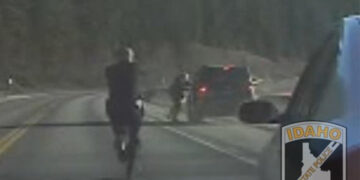 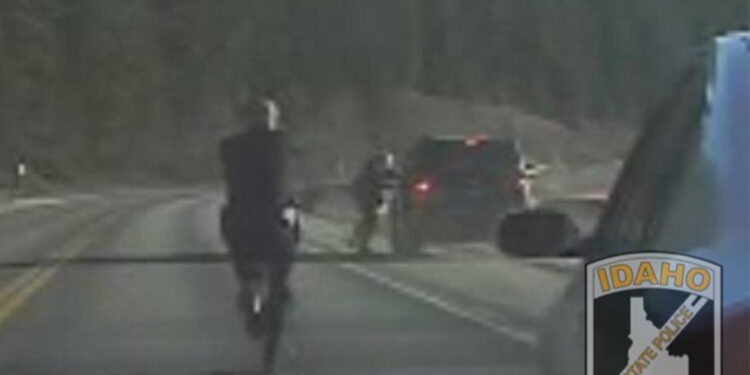 COEUR D’ALENE — A Washington man was arrested with water up to his neck in a lake after he allegedly refused to stop for police and tried to hijack a vehicle.

Idaho State Police dash camera footage obtained by EastIdahoNews.com shows what happened moments before the man ran into the lake and was taken into custody.

The incident unfolded Tuesday along U.S. Highway 95 Cocolalla Lake north of Coeur d’Alene as 44-year-old Jacob Gopal Cunningham allegedly ran from troopers. Cunningham tried to open the driver’s side door of a black Jeep stopped on the highway’s shoulder.