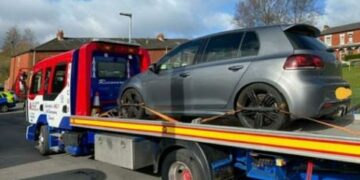 Police do Blackburn ‘a favour’ by seizing car from ‘racing driver’

Police do Blackburn ‘a favour’ by seizing car from ‘racing driver’ 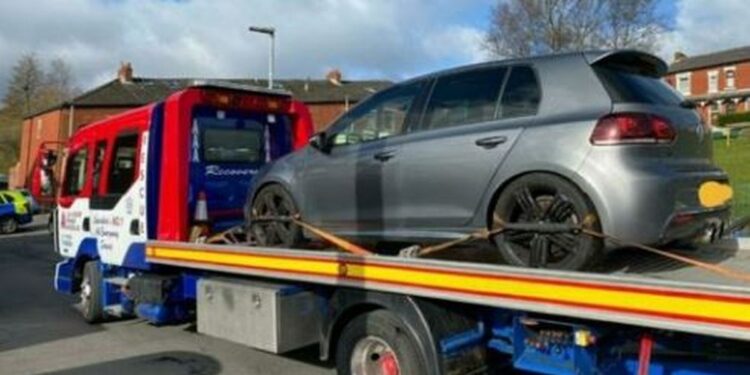 Police have seized a car from a driver who they say was driving around Blackburn “like a racing driver”.

Officers claim they had received numerous complaints about a VW Golf and the manner in which it was being driven in.

The motorist allegedly revved the cars engines at traffic lights late at night, which was causing “distress” to nearby residents.

Blackburn with Darwen Police shared a photo of the vehicle being loaded on to the back of a recovery truck, and said: “We received numerous complaints about this VW Golf and it’s manner of driving. The driver believed it was acceptable to drive around like he was a racing driver and Rev the engine unnecessarily whilst stopped at traffic lights …. at midnight. This sort of behaviour causes distress to local residents and it will not be tolerated.”

Officers explained that it was…