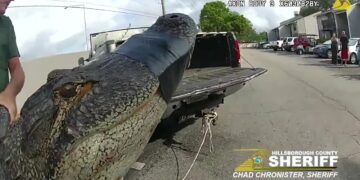 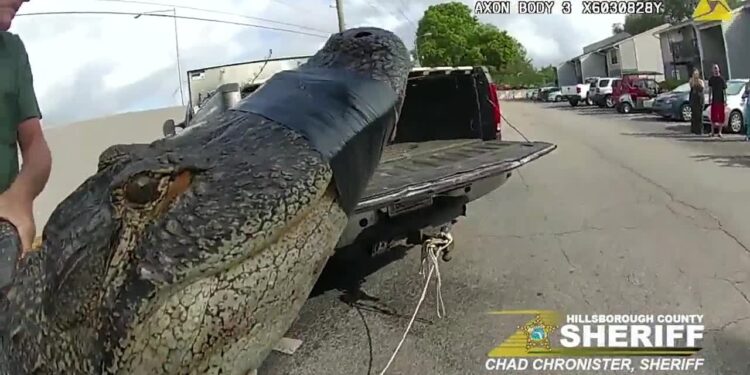 The Hillsborough County Sheriff’s Office released body cam video showing the ‘arrest’ of a curious alligator that was found under a parked car in Tampa.

TAMPA, Fla. – It’s alligator mating season and the big guys are out in full force!

The Hillsborough County Sheriff’s Office shared body cam video of a monster 10-foot alligator that was found under a parked car at a Tampa apartment complex.

On March, 31, deputies and officials with Florida Fish and Wildlife responded to the complex. A caller had said that a pond was nearby.

Body cam video shows trappers wrangling the gator and putting it in the back of truck. The sheriff’s office says the gator…