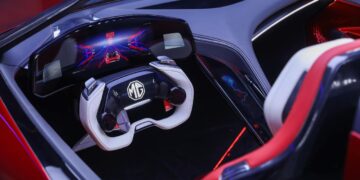 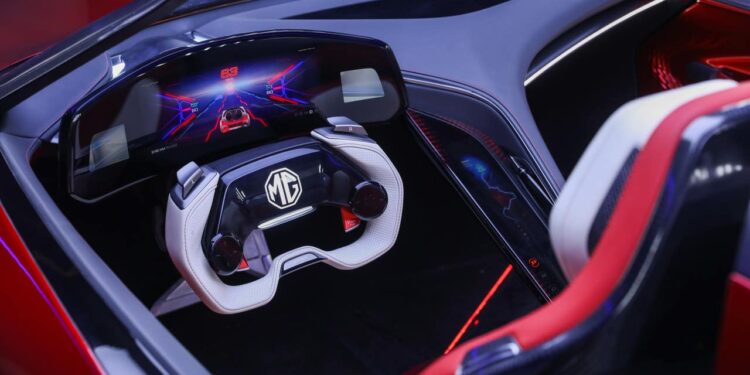 MG has revealed the first pictures of its Cyberster electric sports car concept.

The concept, which previews a new model, is a two-door, two-seat convertible that draws styling inspiration from classic MG sports cars such as the MGB Roadster. It was only previously shown through a series of teaser shots and sketches.

While there may be a few nods to the past, the concept is being also used to usher in a whole new wave of future electric car technology from the Chinese-owned British brand.

The concept is 5G-enabled, for instance, and has an ‘interactive gaming cockpit’ – though there are currently no details about what that means. 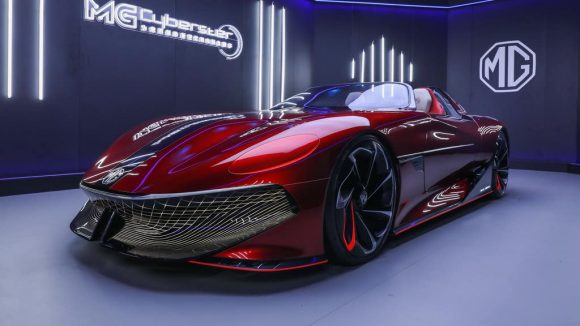 Judging by the photos, it’s likely it will be able to display other cars on the road around the sports car, powered by gaming software.

Some of the car’s features are pure concept car, though, such as the wide front grille and enormous alloy…