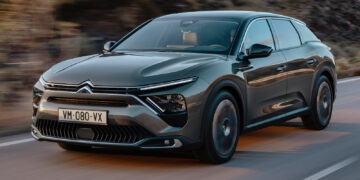 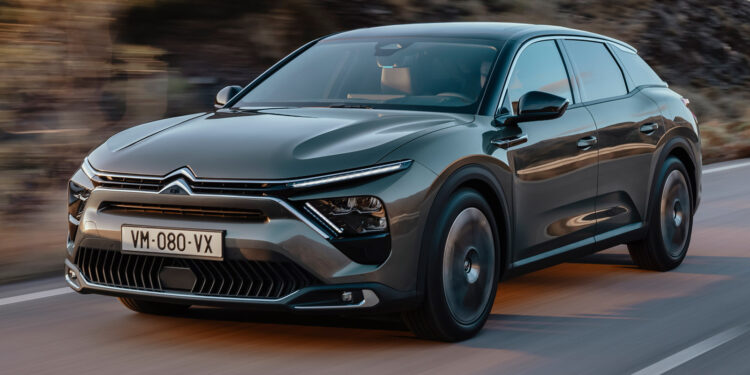 Citroën is hoping to “breathe more life” into the large car market with the C5X, the French manufacturer’s unconventional new flagship model.

With a silhouette that draws on SUV, estate and saloon car styling cues, the C5X straddles several core market segments.

It is set to hit the UK early next year with a choice of pure-petrol and plug-in hybrid powertrains, while prioritising long-distance refinement and ushering in a raft of features and systems new to the brand.

The model’s ‘X’ suffix refers to its market positioning at “the crossroad of customers’ needs”, according to Citroën, and it offers the raised ride height of an SUV, the extended rear cabin of an estate car and the “elegance” of a saloon.

Certain styling cues – most notably the LED headlight design – are inspired by the radical CXperience concept, which was shown in 2016 and with which the…