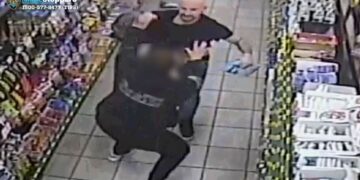 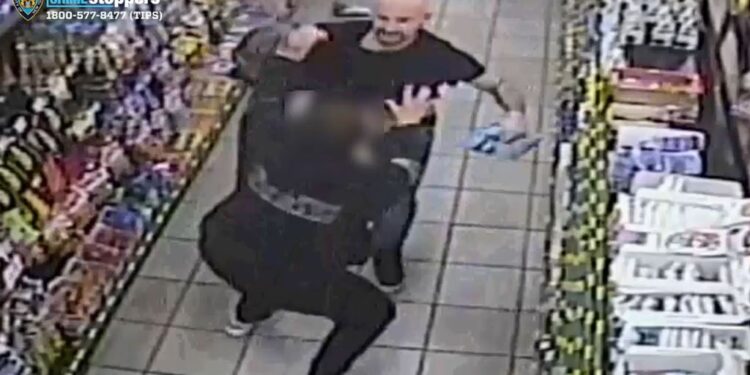 NEW YORK (CBSNewYork) — Police are investigating after a man and woman were assaulted and robbed at a Brooklyn convenience store.

It happened just before 7 p.m. Sunday at a convenience store by the Mobil gas station between Ft. Hamilton Parkway and Caton Avenue. Police are investigating after a man and woman were assaulted and robbed at a Brooklyn convenience store on April 11, 2021. (Credit: NYPD Crime Stoppers)

Surveillance video shows the suspect fighting with the man and woman inside the store.

Police say he punched both in the face, then took their car keys as he walked out of the store.

He was last seen leaving the scene in a white Jeep Cherokee.