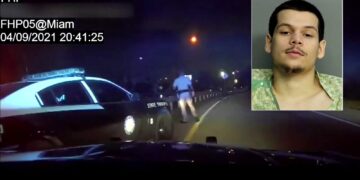 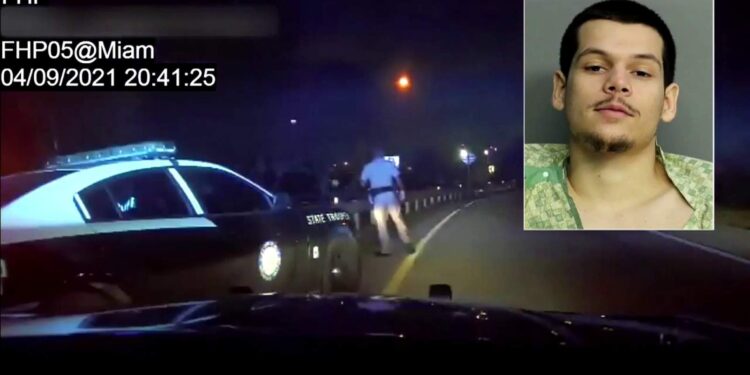 A trooper stopped a car that was driving erratically on I-95 southbound and Ives Dairy Road. The video shows a trooper jumping backward out of the way as a driver speeds off after the stop.

It happened on Friday, April 9 around 8:30 p.m. The trooper then follows the speeding driver and realizes he’s pulled off at the next exit. There’s smoke in the distance off the Miami Gardens exit and the car has crashed. It is then that the trooper arrives near the car, jumps out of his cruiser and pulls the driver who is injured out of the vehicle as backup arrives on the scene.

Fire rescue transported the driver, identified as 19-year-old Leonardo Raxach, to the hospital. After a search of Raxach’s car, they found drugs, including LSD and MDMA (also called…