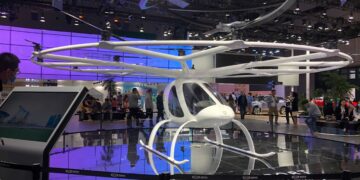 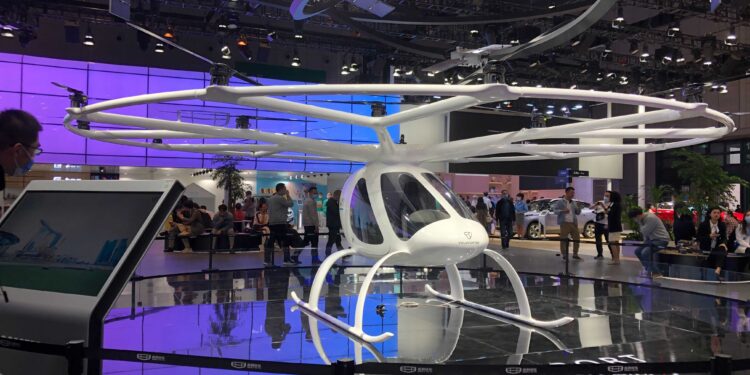 Less than half a year since revealing a flying vehicle prototype, Chinese electric car start-up Xpeng unveiled a second model at the Shanghai auto show in April 2021.

SHANGHAI – Flying cars may have made headlines at this year’s Shanghai Auto Show, but China’s BYD — which is backed by Warren Buffett — is sticking to ground vehicles for now.

This week, Chinese electric car start-up Xpeng debuted its second prototype for a flying vehicle the company claims has already undergone eight years of development. The new model resembles a flying car more than the initial version revealed in Beijing in September, which looked more like a human-carrying drone.

Geely showed off a Volocopter electric-powered “air taxi” for the first time in China at the Shanghai auto show in April 2021.

Xpeng isn’t the only one looking to the skies.