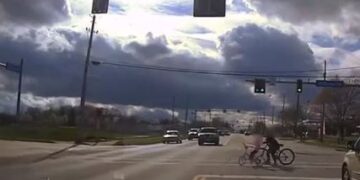 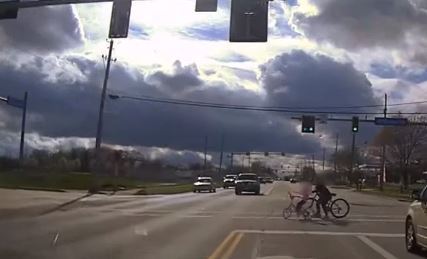 Brunswick police on Thursday released the video on Facebook of the April 12 incident to remind people to be aware of their surroundings.

The pair stopped and moved back as the officer swerved from them and continued on to the call.

The light’s sensor was activated giving the emergency vehicle the right of way and preventing the use of the crosswalk, police said.