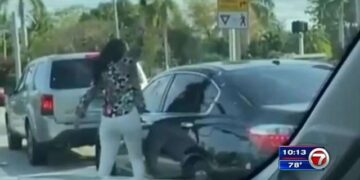 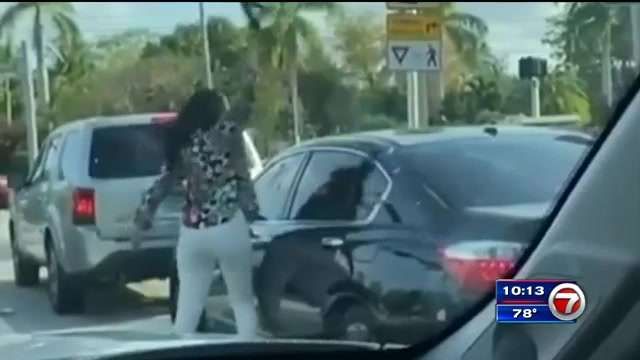 SOUTHWEST MIAMI-DADE, FLA. (WSVN) – A woman expressed her frustration with a driver during her morning commute in Southwest Miami-Dade by whacking the motorist’s car with the heel of her shoe.

Cellphone video shows the irate driver as she repeatedly pounded her pump on the vehicle along Southwest 72nd Street, Friday.

The footage captured pleas from the other driver to “stop it,” to no avail, as motorists sat in bumper-to-bumper traffic and witnessed the woman using her shoe as a hammer.

We’re told this was road rage on Sunset Dr. and SW 72nd Ave this AM. The lady in the car said her vehicle was not damaged and no cops were called. The shoe lady later posted a video on IG saying her high heel is now ruined, but “it was worth it.” @wsvn @ONLYinDADE pic.twitter.com/ey6ndjhsAD

The videographer who shared the footage…