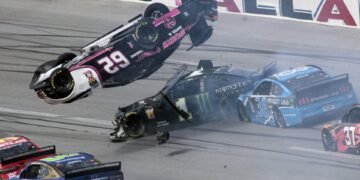 What matters at Talladega: Strategizing around big crashes

What matters at Talladega: Strategizing around big crashes 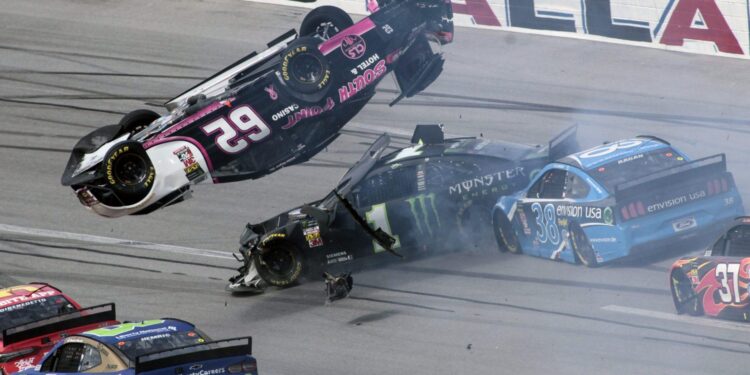 The threat of “The Big One” — a large, multi-car crash — looms large at Talladega Superspeedway. Such an accident, given the close-proximity racing typically seen on drafting tracks, is largely unavoidable; however, risk can be mitigated by avoiding the track’s hot spots.

Across the last 16 Talladega races (dating back to 2013), there were 35 crashes consisting of four or more cars. Based on inclusion rates for each position, there was a clear minefield in the middle of the running order:

With 17th place (an inclusion rate of 45.71%) acting as Talladega’s most collected spot, positions 12th-18th were the common nexus for the track’s large accidents. Containing varying degrees of difficulty, there are three viable paths to avoiding these mid-pack positions outright:

Running near the front

Contrary to recent Daytona races, the front of the field is respected at Talladega.