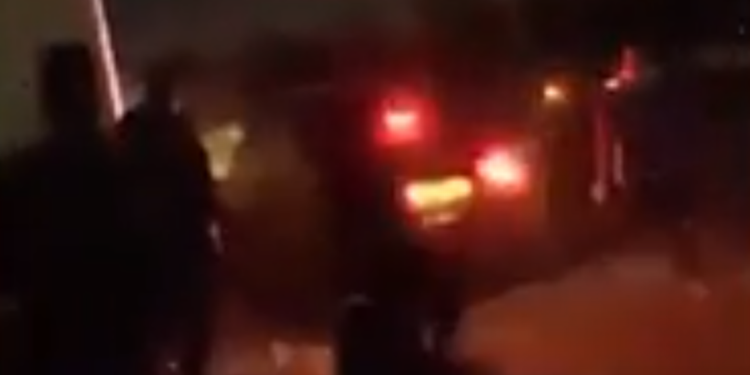 Police were called in the early hours of the morning after a car was driven into a group of people in a pub car park in Uxbridge.

Two clips shows a car speeding into the packed car park followed by shouts and screams as it collided with two people.

Officers were called to the The Bear on the Barge pub in Moorhall Road just before 1.20am on May 1.

The London Ambulance Service also attended and two people were taken to hospital to be treated for non-life-threatening injuries.

There have been no arrests, the Metropolitan Police said.

The force added: “Anyone with information or footage relating to the incident should call police on 101 or Tweet @MetCC quoting 481/1MAY.