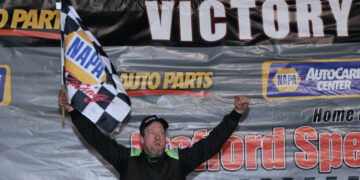 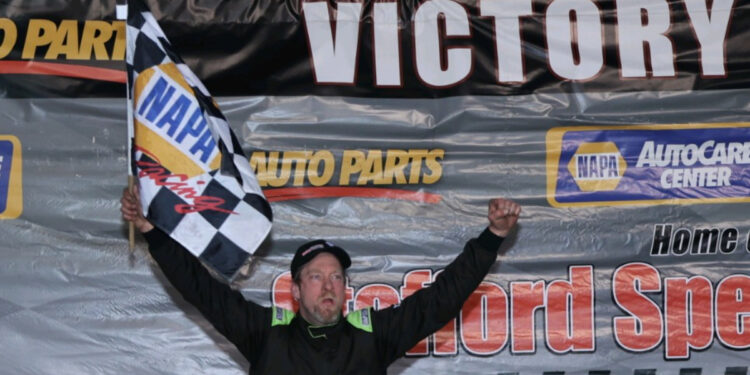 STAFFORD – Rich Hammann has been a journeyman racer for years locally.

Friday at Stafford Speedway the journey to victory lane was finally fulfilled.

Hammann, of Tolland, passed Jeremy Lavoie for the lead with three laps remaining and went on to win the 20-lap Limited Late Model feature at Stafford Friday.

It was the first career victory at Stafford for the veteran racer, who is in his 14th season competing at Stafford.

Hammann credited Rob Russell Chassis for helping him score his first win at the track. Before the season Hammann said the new RRC car he would race at Stafford this year was the first new race car he has had since his racing career began in 1994.

“I’m so happy to be here,” Hammann said. “Those guys at RRC gave me a hell of…