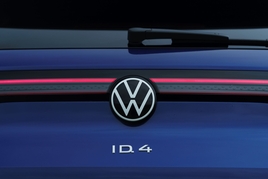 Volkswagen has expanded the ID4 range, with a new entry-level City model eligible for the plug-in car grant (PiCG).

There are two new variants of the Volkswagen ID4 – City and Style – with both models bringing the option of ‘Pure’ and ‘Pure Performance’ battery and motor specifications. The former delivering 52 kWh and 148 PS, and the latter having 170 PS on tap, with the same 52 kWh net battery capacity setup.

When the PiCG is taken into account, the on-the-road (OTR) price for the new entry-level City car is £32,150.

Sarah Cox, head of marketing at Volkswagen UK, said: “We are delighted to launch the entry-level ID4 City, which is eligible for the Government’s plug-in vehicle grant.

“We aren’t finished adding to the ID4 line-up either, because in the coming months the ID4 GTX will open for order to UK customers.