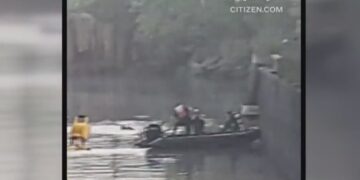 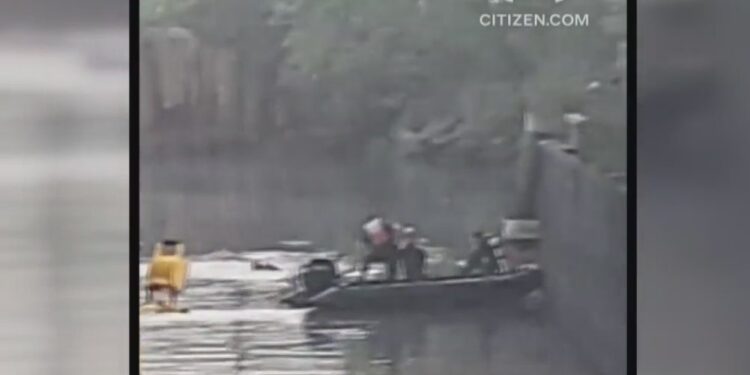 Witnesses told CBS2’s Christina Fan the driver was speeding down Borden Avenue in Long Island City and the car appeared to accelerate as it barreled past a dead end sign and into the creek.

Witnesses said the car clipped a skateboard ramp at the end of the road, propelling it and those inside into the water below.

Police are investigating how the car wound up in the creek.

More witnesses said they frantically called 911 around 4:40 a.m. But it was still dark and the responding officers could not see the sinking car at first.

Rescuers arrived and pulled three men who were trapped inside the car to shore.