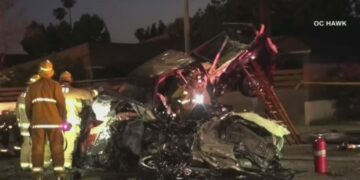 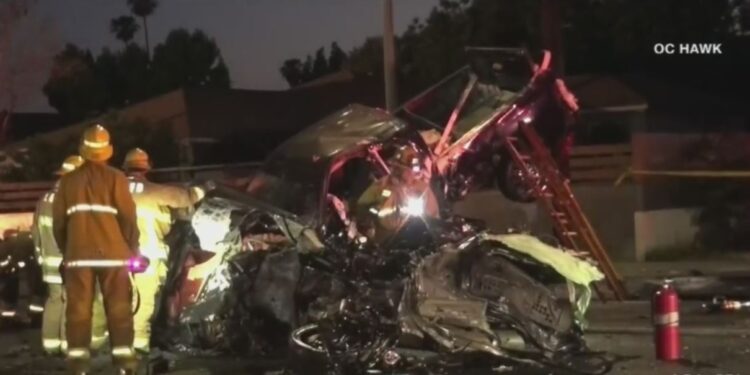 RESEDA (CBSLA) — One man was killed and at least two others injured in a violent multivehicle wreck in Reseda Sunday night which may have been caused by street racing.

The fiery collision occurred just after 8 p.m. in the 7600 block of North Corbin Avenue and involved at least nine vehicles.

According to Los Angeles police, a BMW was speeding down Corbin Avenue when the driver lost control. His car crossed into oncoming traffic and slammed head-on into another vehicle.

Home security video caught the exact moment of the initial crash, with a big burst of flames as the two cars collided. Officials believe that the blaze of fire was caused when the engine block from one of the vehicles was separated during impact.

The impact then sent the BMW slamming into a parked car, police said. The BMW then struck a fourth car which was traveling south on Corbin…