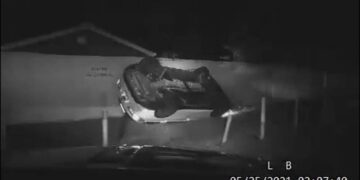 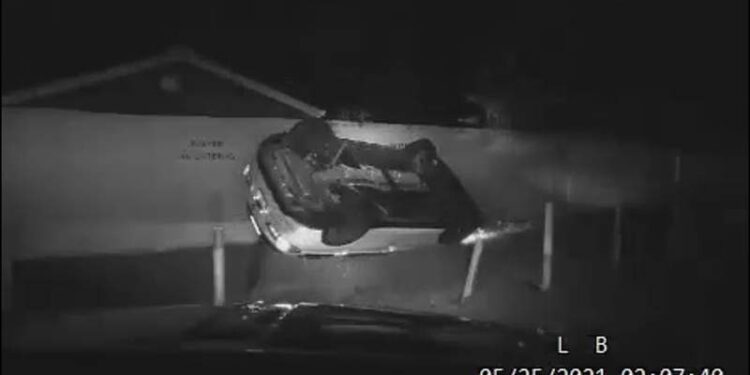 MELBOURNE, Fla. – A 41-year-old man attempting to avoid a traffic stop drove recklessly behind homes and off road in a Melbourne neighborhood before ultimately flipping his vehicle, Melbourne police dash camera video shows.

A Melbourne police officer was conducting a neighborhood patrol in the Quail Village subdivision around 2 a.m. Monday when the officer spotted a BMW SUV parked in a driveway, according to the report. The officer wrote that the man in the vehicle, later identified as Rolondeous Gray, 41, was drinking out of a clear glass liquor bottle.

Soon after, the BMW was spotted leaving the neighborhood and rolled through a stop sign, so the officer turned on the cruiser lights to pull him over for a traffic violation and…