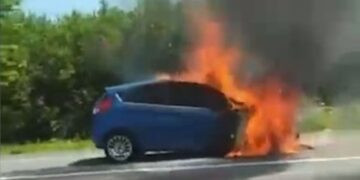 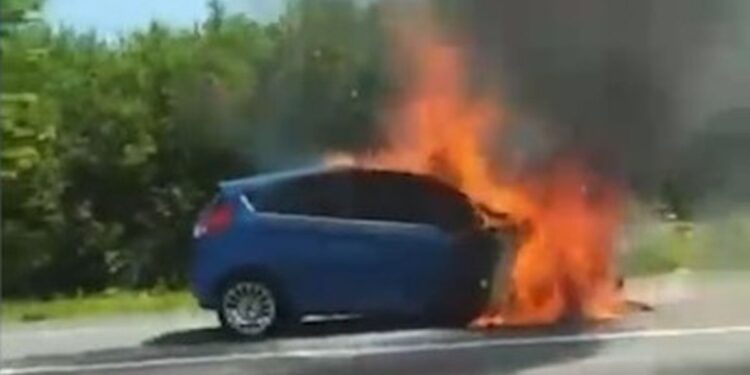 Traffic was disrupted on the M11 earlier this afternoon (May 31) after a vehicle fire on the southbound carriageway.

The incident happened around 1.40pm between junctions 7 and 8 heading towards London and Stansted Airport from Cambridgeshire.

Witnesses to the scene said the car burst into flames and explosions were heard nearby, likely from the vehicle’s tyres bursting from the heat.

A video taken by another vehicle passing the car moments after the fire started and before emergency services arrived, shows the front of the car completely engulfed in orange flames and black smoke.

You can get more traffic and travel news from your local area in the widget below:

The video shows how the fire entirely covers the front of the vehicle and had even spread on the tarmac of the hard shoulder where the vehicle had come to rest.

Another witness to the incident said that they believed all…