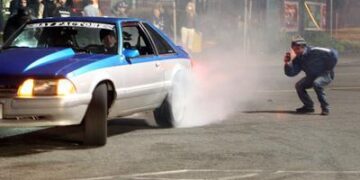 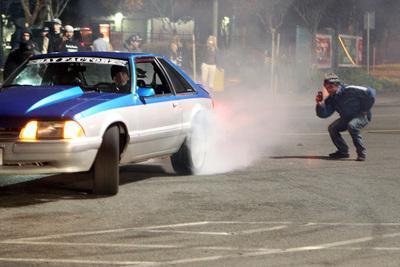 ALAMEDA — Car shows at the former U.S. Navy base are popular affairs, but what sometimes happens afterwards isn’t.

Some motorists speed through the streets and take part in sideshows.

That doesn’t sit well with the people who live in the old military housing near former aircraft runways and vast parking lots — attractive spots for drivers wanting to speed, do donuts or otherwise misbehave behind the wheel.

The City Council on Tuesday is scheduled to discuss what to do about it.

Doug Biggs, executive director of the Alameda Point Collaborative, which provides shelter to people who were once homeless and now live at the former military base known as Alameda Point, wrote the council to say residents there are upset with the dangerous commotion.

They want more done to slow traffic on Orion Street, Biggs said, and they wonder why the council hasn’t already taken action.