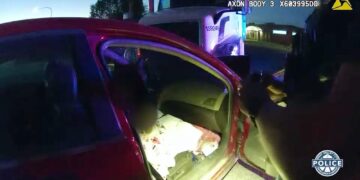 Utah Sisters, 9 and 4, Crash Family Car While Attempting to Drive to Calif. to ‘Swim in the Ocean’

Utah Sisters, 9 and 4, Crash Family Car While Attempting to Drive to Calif. to ‘Swim in the Ocean’ 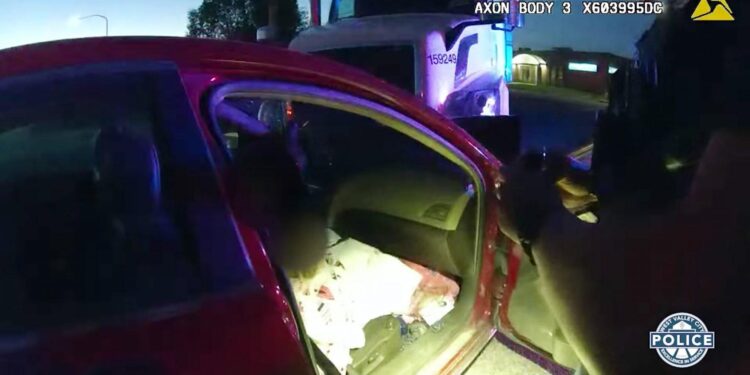 West Valley City Police Department The girls in the car

Two young sisters from Utah escaped unscathed from a car crash after police say they took their parents’ car to drive to California with the hopes of making it to the beach.

The West Valley City Police Department confirmed the incident in a post on their social media accounts, noting that a 9-year-old girl was behind the wheel at the time of the crash.

Officers said the girl and her 4-year-old sister “snagged the keys to the family car while their parents were sleeping and set out on their own summer adventure” on Wednesday morning.

The girls, who live in West Jordan, drove approximately 10 miles from their home and even managed to get onto a highway and freeway before the collision, police said.

After exiting the freeway, the girls’ car hopped a median and slammed head-on into a semi-truck, police said.

Body camera footage of a…

Ford has a new compact EV on the way — and it’s based on the VW ID.4

Study Shows Used Car Prices Soaring In Most Of Connecticut

Study Shows Used Car Prices Soaring In Most Of Connecticut