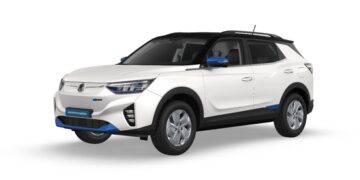 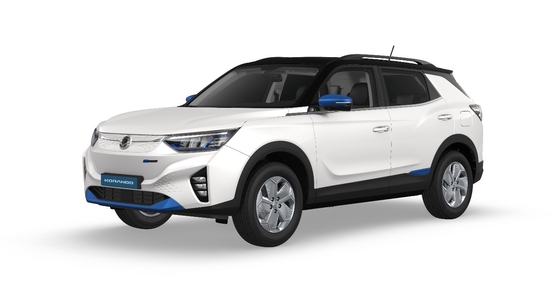 SsangYong has revealed the electric Korando e-Motion, it’s first electric model, and confirmed it will be launched in Europe later this year.

The car’s introduction has been sped up as part of the Korean car-maker’s strategy to resolve its financial issues.

In December, SsangYong Motor Company applied for bankruptcy to South Korea’s Seoul Bankruptcy Court after the impact of the coronavirus pandemic left it facing financial difficulties.

Production of the Korando e-Motion has already started in Korea, with a UK launch expected in the final quarter of 2021.

It’s based largely on the existing Korando model and is set to rival value-focused models like the MG ZS EV.

SsangYong previously hinted that the Korando e-Motion would feature a 61.5kWh battery pack, giving a range of 260 miles (NEDC) and a power output of around 190PS.