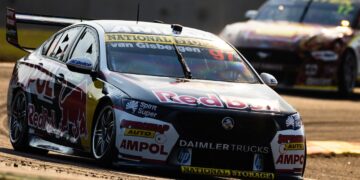 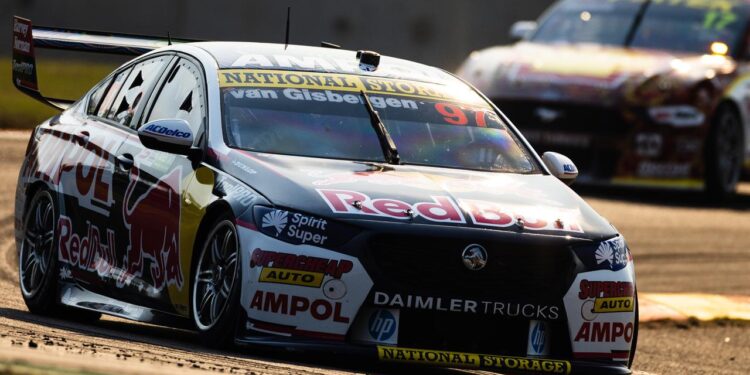 V8 Supercars pacesetter Shane van Gisbergen wasn’t content with one reminder of why he’s top dog, as he produced another ripping performance in the final instalment of the Darwin Triple Crown.

Shane van Gisbergen sent an ominous warning to his championship rivals by blitzing the field to claim a Darwin double.

On a deflating day for those that thought the series leader may be vulnerable, the Holden hero returned to form by crushing Dick Johnson Racing with a Hidden Valley hiding.

Bouncing back after an Adelaide anomaly to resume his championship assault, van Gisbergen toyed with his rivals to make it a Darwin double for Holden.

“It was an awesome day and again we got it at the start,” van Gisbergen said.

“It was full credit to the team because we haven’t had a great car and they just kept on chipping away and gave me a good race-car.”